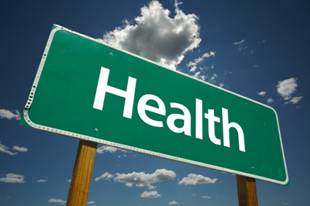 There is a new study out that concludes that diabetes is directly related to the onset of Alzheimer’s disease. This is a huge breakthrough in elder care and could prove to be extremely helpful when treating either of these two diseases. Doctors have long suspected that there was some sort of relationship between the two, but now they are claiming that they have hard proof of the connection.

In fact, they went on to say that “the results are striking.” In brains with diabetes, there was increased amyloid beta peptide pathology. This also happens to be a hallmark trait of Alzheimer’s disease. When there was no diabetes present, this pathology was not present in the brain. The study also looked at eyes-considered an extension of the brain. More specifically, researchers looked at the retina. The retina is far more accessible for study in living patients and researchers used this fact to their advantage. What they found is that because there were amyloid beta peptides in the retina in diabetes patients, too, scanning the retina might be a useful and easy tool for diagnosing Alzheimer’s in the near future.

This might be the early warning sign that scientists have been looking for for quite a while. Detecting Alzheimer’s as early as possible makes quality of life a whole lot better for people with the disease as this increases the amount of time doctors have to try and slow down the degenerative process.

Usually, the proteins that are deposited in the brain are not found until much later in the life of an Alzheimer’s patient. The brain is a hard to access organ in living patients, and by discovering these toxic compounds much earlier, bigger and more effective steps can be taken in the treatment and possible prevention of this disease.

There has been little evidence to suggest why these toxins appear in the brain, but now, doctors have a better grasp on their roots. Diabetes apparently increases the neurotoxins in the brain and retina, and these are a distinct feature of Alzheimer’s.

By connecting these two, it is not decisively clear as to whether early treatment of diabetes and diabetes prevention will prevent or reduce the likelihood of the onset of Alzheimer’s. In the past, it’s been observed that insulin plays a role in memories. If the brain becomes insulin resistant, then memory functions might decrease. This is a vicious cycle and might be one of the key components of how these two seemingly different diseases are related at their core.

These observations will likely play a large role in the future of pinpointing and treating Alzheimer’s disease. Again, the better the knowledge we have of the disease, the closer we come to effective treatments for it.